Aleksandr Laanberg (later changed the name for Laanemäe) built the Väiko-Härma water mill in the 1930-s. He came from Suur-Härma water mill down the river and bought some land on the right bank of the river. Aleksandr made the “bank using” deal with the owner of the left bank Voldemar Vider and had to pay him 20 poods (325 kg) of rye each year.

First of all the smithy was built, because the iron details were needed for water mill. Later the smithy was in the service of all nearby living folks. The mill had 2 pairs of millstones. One pair of stones could grind 300-400 kg of dry corn in an hour. There was no special style of grinding but the work was done well, because there were many mills in this area and it would be not possible to work badly at Piusa. Besides grinding there were other services: making the chips, thanks to that the roofs of all houses in the neighborhood were in a perfect condition; it was possible to make shingles and fence planks with the circular saw; there was a planing machine which was succesfully used for smaller wood works of the neighborhood; during the last war the treshing machine was bought to thresh the crop of the nearest neighborhoods.

The fee for works was usually taken in the rye, but it ws also possible to pay with money. The people came from the distance of 20 km to mill in Väiko-Härma water mill.

In the mill pond there were pikes, perches, burbots, roaches and river trouts. Only the owner of the mill could catch the fish.

Aleksandr Laanemäe died in 1944 and the mill was inherited by his son Voldemar. Soon Voldemar gave the mill into the use of the Petseri state railway station and stayed as a miller. From 1963 mill became the property of state farm “Võit”. Kusta Klaas became the miller and he made the mill to work properly. The mill was in business till 1972.

In 1946 the house was built next to mill (the holiday house now) where The Laanemäes lived till 1961. Then the family moved to Kalatsova village where they could use accommodations of that time: road, electricity, store. Since that the house was empty. 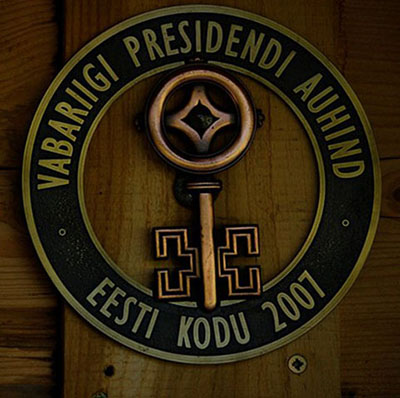 After a number of inherits and giving aways the house became the property of Voldemar Laanemäe’s son Koit. Koit Laanemäe was working on the house for about 10 years and during this process he decided to turn the house into the holiday home. So Piusa Ürgoru Holiday Home was created.The holiday home was renovated in 1999 and we were open for customers in 2000. Piusa Ürgoru Holiday Complex is managed by NAXOS LLC.

The holiday house has 9 bedrooms, 23 beds in total. There is also resting room with the fireplace, 3 bathrooms with showers and the kitchen. In house and outside there is a WiFi network.

There is recently built new sauna for 20 people. It’s located on the bank of the river so you can jump from the hot sauna right into the river. There is a big room with the fireplace in the sauna where you can relax after taking the bath. It’s possible to rent the sauna separately.

We also offer our guests a possibility to stay in the renovated granary. Up to 6 persons can stay there and it is perfect for families with children. There are no bathing possibilities in granary, but for extra cost it is possible to use sauna or showers in the house.

The smoke sauna forms a unique complex in its privacy with bonfire place and camping places. The smoke sauna is made from axed logs and it has a grass roof. There is also a room with fireplace for ca 20 persons in the building.

We also offer camping log-houses for accommodation. There are 11 camping houses, each for 4 persons. You can use WC, showers and cookhouse.

Outside the house there is plenty of place for different outdoor activities or placing your tents. You can find a swing and a place for a camp fire in the yard, too. If it’s raining you can wait over at the rain-shelter. In the yard you can play different sport games like petanque, soccer or badminton.

In summer we offer an opportunity to catch trout. You can have it cooked on the spot or have it to go. We have the biggest choice of recipes in South-Estonia.

There is a 15 km long Piusa Ürgoru hike tour near our holiday home. We are situated approximately in the middle of this hike tour so you can rest at our place or stay for the night. The forest around Piusa Ürgoru Holiday Home is known for good berries and mushroom places so why not spend your vacation in activity – collecting some bilberries or chanterelles.

Staying at our holiday home gives you a opportunity to take a look at the sights near around. All the information about the sightseeing you’ll find in the Sights page. 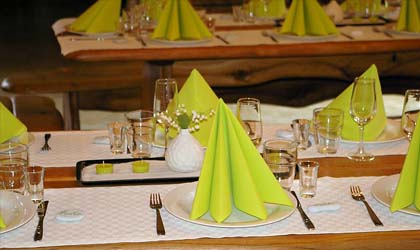 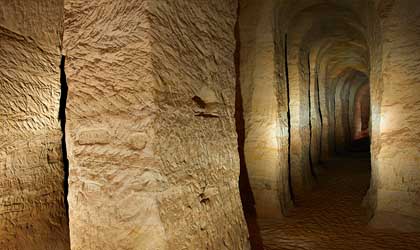 You can find more pictures about Holiday Center from our gallery